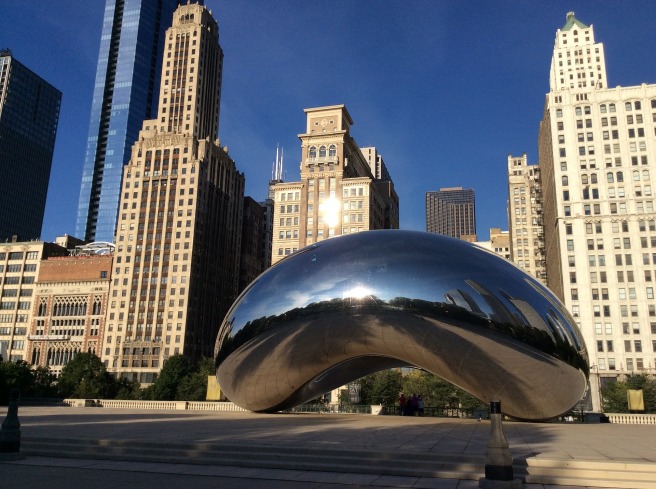 I am now a suburbanite but was a very proud Chicago resident for many years. I first visited Chicago in college and was hooked. I have family in the Bay Area, spent ten years of my childhood near New York City, and lived in London by myself for a year, but nothing compares to Chicago (in my opinion).

My first novel with The Wild Rose Press, A Perfect Picture of Us, is set in Chicago (specifically Logan Square, where my husband and I lived). Desperate to escape her perfect image, lifestyle blogger Jess is thrilled to see her former crush Leo, until he hands her a lawsuit.

As edits continue on Holidays, Inc., I’m currently working on a two-book series (duology?) set in downtown and the West Loop. These two books are my first sweet romantic suspense novels (cross your fingers for me, I’ll submit them end of the year/beginning of next year for publication). The first follows a jewel thief working with the FBI on one last heist. In an instant, everything goes sideways when he realizes someone stole from him! The second follows the reformed forger of the crime ring. Working undercover he’s worried he’s been put into a holding pattern until a man is murdered in cold-blood and he has to protect the innocent woman caught in the crossfire.

BUT! I also have to recommend a three-book series from Harlequin Heartwarming author Amy Vastine. Her “Chicago Sisters” trilogy is so heart-tugging, you’ll be auto-buying everything else she writes (just like me). I’ve had the pleasure of meeting Ms. Vastine at two national conferences and she is lovely and kind.

The Better Man is first, then The Best Laid Plans, and finally The Hardest Fight. These books are the sort of can’t put them down page-turners that keep you up late into the night. If you are looking for a great series, you won’t be disappointed.

When it comes to romance, real or fictional, Chicago can’t be beat.

3 thoughts on “Books Set in My City”