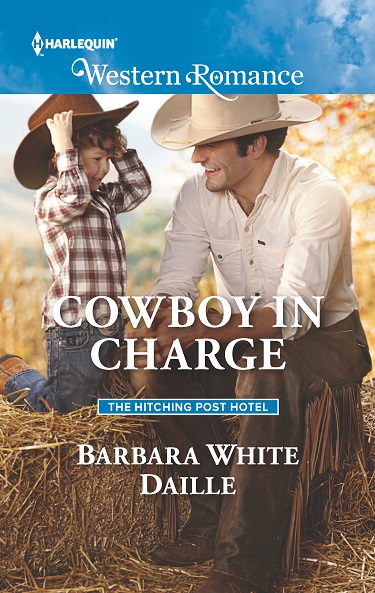 Single mom Layne Slater thought she’d seen the last of Jason McAndry when he chose the rodeo over her and their unborn son. Now Jason’s back in Cowboy Creek and just as handsome as ever. But Layne can’t give in to those feelings again. She has to protect her children…and her heart.

Jason wants to try to make up for the pain he caused when he left. The least he can do is help Layne while he’s home. Before long, Jason realizes he’s finally ready to be the husband, father and man his family deserves. But can Jason prove to Layne that this time, their love is forever?

This clip shows one of the first times my cowboy hero, Jason, is alone with the young son he has only just met:

The bear looked well loved, with its fur matted in some places and its cloth body worn bare in others. Had Scott gotten the bear as a birthday gift? Had he slept with it ever since? Did he like it better than the panda he had just grabbed from the bed?

“Have to hug Teddy,” Scott said.

“Morning now. Have to hug Teddy,” Scott said again. He wrapped his arms around the panda hard enough to squeeze the stuffing from it. “See?”

Jason froze. He was a rodeo rider and a hard-riding wrangler, and he didn’t hug anything that wasn’t female and wearing a dress and willing to hug him back. He didn’t do stuffed animals.

“Have to hug Teddy,” Scott said yet again.

He could hear the slight tremor in the boy’s voice and see his puzzled frown. Evidently, Layne had made those early-morning hugs a family tradition. He swallowed hard, trying to ease the lump in his throat. “Yeah,” he mumbled. “Hug Teddy.” Feeling like a fool, he wrapped his arms around the little cloth body. Feeling worse, he watched the smile brighten his son’s face and wished he could hug his boy instead.

How many mornings like this had he missed over the years? He didn’t want to think about it, refused to count the days. There would be too many for him to handle and way too many for him ever to replace. 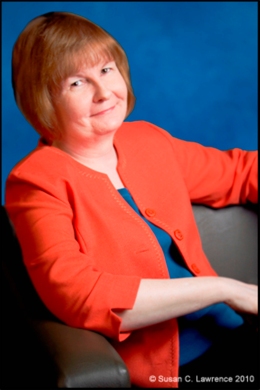 Barbara White Daille lives with her husband in the sunny Southwest. Though they love the warm winters and the lizards in their front yard, they haven’t gotten used to the scorpions in the bathroom.

A larger print reissue of A Rancher’s Pride, book one in Barbara’s popular Flagman’s Folly series, is now available exclusively from Harlequin, while the e-book version is available everywhere. Cowboy in Charge, the next book in The Hitching Post Hotel series (July), is now available for pre-order, with other books in the series to follow. At the end of 2016, she begins a new sweet romance series for Entangled Bliss.

Many people I know love to watch movies but tend to wait and see them at home. That’s great, but for a special treat, shake up the routine and take your significant other to a movie theater.

Of course, in the hot summer months, a big draw is getting to kick back and relax in air-conditioned comfort. Along with that, you get a night out together, away from everyone and everything else. You’ll also have access to some of your favorite snacks—and unless you make repeated trips to the concession counter, you’ll probably eat less than you would in front of the TV.

A huge thanks to Barbara for stopping by this week to wrap-up the Summer #RomanticIdea exchange on my blog.

You can find more info about Barbara and her books at the following locations: